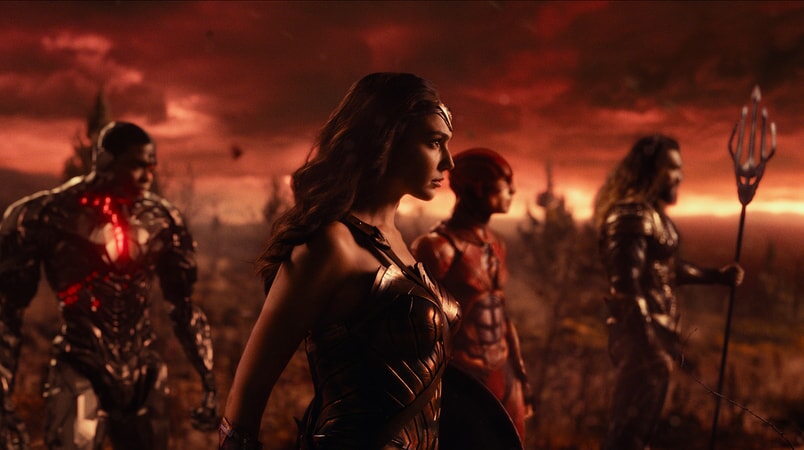 An introduction to my post is needed to avoid any unnecessary “fire” that may come out of perceived bias against Snyder or Whedon. Sorry for the long, Puritanish-title (in other words, lengthy-worded title). The actual review is in the next article.

Let me begin by stating that I am a firm supporter of Zack Snyder’s vision for the DCEU (DC Comics Expanded Universe) and his work (especially on Watchmen which I thought was a very good adaptation of the comic book). I totally supported the call for the Snyder Cut version of “Justice League” as I was initially quite disappointed with the theatrical release back in 2017. The hype and momentum built before its release threw fans off upon release. I knew after watching that version that “the dream” of an epic comic-book-like-experience was gone. Even without the voluminous articles written about the original plot that Snyder had (written from hardcore Snyder-Cut advocates), I knew that the darker plotline and vision served a good business decision – it provided good contrast and position away from Marvel’s “goofy” superhero cinema brand. Here is what old comic book fanboys who were now in their 20’s and above wanted – a reflection (somewhat) of the dark, gloom and doom reality of our real-world situation. Don’t get me wrong, I do like MCU as they have certain things done well – like the aesthetics and the ‘fun’ that they bring – see Iron Man, Captain America: Winter Soldier and Thor: Ragnarok are some of my favourites from the MCU.

However, personally speaking, grim-gritty stories suit me better because they depict the dystopian future that seems to be creeping into our world day-by-day, not just in the West but throughout the world – as an aside, this common dystopian vision is captured very well and may have been inspired by Orwell’s 1984 (at least in spirit). Christopher Nolan’s Batman trilogy proved this point by positing the message that superheroes serve a purpose in shaping society – it is not merely with fist and brawn, the fight against the “forces of evil” continues with idealogy and sacrifices made by the masked heroes. Even the Superman movies, featuring the late great Christopher Reeves, and my favourite dark knight duology starring Michael Keaton had strong messages for darkening times. These are powerful stuff that the MCU does not seem to layer clearly into their movies. (Edit: Having said that, the MCU has something that the DCEU certainly lacks – besides the profits – serious attention to details; maintaining the small narratives and branches, even comedic plots. You can watch this for evidence of the mind-boggling, record-making ability in this video https://www.youtube.com/watch?v=Tb4eYDJpuao by “Heavy Spoilers”).

It is with that backdrop that I assume that Zack is attempting, although at a larger scale. If there is something that I may challenge, it is that Zack started his vision a bit too slowly and carefully beginning with the “Man of Steel”. If you take the movie as a standalone, it earns its “mixed review” response! It is not hard to understand why many despised his interpretation of Jonathan Kent (Clark Kent’s adopted father played by Kevin Costner) – who insisted that Clark hide his superhuman ability and identity away from the public for safety reasons even in the face of Jonathan’s certain death. It just does not make sense when the very fabric of the Superman identity that we have come to know is that: he will save the day and do what is RIGHT!

But step back and consider the overall canvas that Zack was trying to paint on… and then you will see that this “quirk” was a carefully planted stroke to set the backdrop and context of this new DCEU for the audiences. In my opinion, Zack was attempting to show how fearful, sceptical and hope-less the people in that universe was, especially in dealing with things that are strange and alien – not unlike our present condition. This was a universe where people were likened to mindless sheep that were easily swayed by their prejudices and fears – at one time supporting, and at another time cursing the very person who had God-like ability. When the bomb was set off at the Congressional hearing (“Batman v Superman: Dawn of Justice”), we are left with a despondent Superman, “Man of Steel” surviving the horrific scene and leaving without any words. Later, he tells Lois that he could not see the bomb – indirectly giving us (the audience) a glimpse of the pressure, the emotional turmoil that he was under, under the gaze and judgment of the people. Again, this was “world-building” on the part of Zack – but only if the audience was aware that pieces were being set up to complete a long and wide puzzle piece.

Again, the director made it clear that in this universe, violence was the ‘common and quickest’ solution to conflicts – reflected in Superman’s agonising decision at the end of the “Man of Steel” and the long-drawn-out confrontation between Supes and Batman in the follow-up film. Many have argued that the “darkness” was a bit too drawn out. But consider this: light can truly shine in absolute darkness. I truly believe that the Justice League film was meant to be building up to a climax, just before the tide turns. Many things were going against Zack’s vision – chiefly, the audience: we are in a generation where the general populace is largely made up of consumers with micro-attention span. Consumers want to “feel” something immediately, minimal exposition and all this within a short/brief time frame. In some sense, this is correct – a bad film is not that bad if it was not 3 hours long. An average film becomes better with better editing and does not strain viewers’ patience. Remember, “The Phantom Menace” anyone? We are no longer in the days of “Avatar”, “Titanic” and the “Lord of the Rings” series.

Secondly, such perception easily snakes itself into the upper echelon of movie corporations, and it is not far fetched to believe that upper-level business management personnel were not happy with the general reactions they were seeing from the critics and the general audiences. Audiences were more familiar with the tried-and-tested formula of the Marvel Cinematic Universe and were not as accepting of this ‘convoluted’ and ‘slow’ story-telling style. This led to studio-intervention – the higher-ups believed that action and pacing trumps story and drama. When I first re-watched Batman v Superman, I chose to watch the “extended version” also known as the “ultimate version” – and it made more sense than the shorter initial version. Time was given to flesh out the characters and the motivations. Although this was far from the pinnacle of modern movies, the story seemed stronger and viewers were left with the question: how much darker will it get when the bastion of hope, Superman, is literally 6 feet under? At this point, the first phase of Zack’s world-building was coming to an end – hints of the real enemy – of demons and mythical creatures are peppered throughout Batman v Superman – Lex Luthor was obviously on the side of this shadowy power. We have not yet glimpsed at the true enemy – only a willing servant who is bent on removing the world’s strongest defender. Sadly, the management at Warner Bros have also glimpsed a possible outcome if this course was not changed: in their minds – utter financial failure.

Thirdly, Marvel Cinematic Universe was having a streak of successes – with the successful roll-out of Phase Two movies and the start of Phase Three movies – e.g. Captain America: Civil War was the great payoff for Phase One and Two’s string of carefully crafted movies. The pressure was on DCEU to respond in kind, and this “forced” the management to make a firm business decision which called for a strong course-correction/intervention. Sadly, it is this competition that drove them away from Zack’s vision which were actually financially sound (there were no real flops – even Suicide Squad was a financial success, although not doing well with critics). This is the point where Joss Whedon came into the project. The rumours of his involvement preceeded the tragedy that came into the Zack’s family later on – and there is really no need to rehash the story and timeline of it all. Other writers have done this and you can just do a quick search for them.

Okay, after a lengthy introduction, why in the world am I writing a detailed dissection of Joss Whedon’s version of Justice League released in 2017? Mainly because we need to view the film with the right measurements. Just as the management misunderstood Zack’s movie by comparing it to MCU’s formula and style, we must be careful not to dismiss Joss’ version by comparing it with Zack’s vision. If we use proper measurements, which I will posit to you in the next article, I believe we can actually review “Justice League” in a balanced, objective manner – and can allow this movie to safely co-exist with the other movies in the current DCEU’s lineup. Anyway, I like analysing stuff… and found that it will be a challenge (a real challenge) to try to give an objective rating to this movie, even though I believe in Zack’s vision and am looking forward to the 2021 version! Perhaps others would also join me in giving Joss Whedon’s version another try. Perhaps 😛 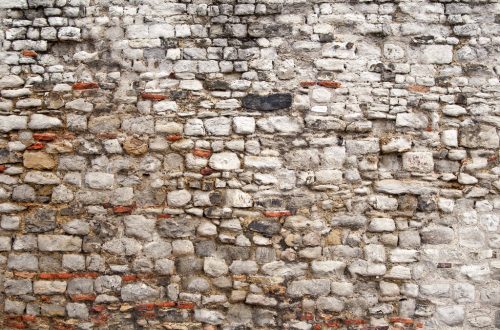 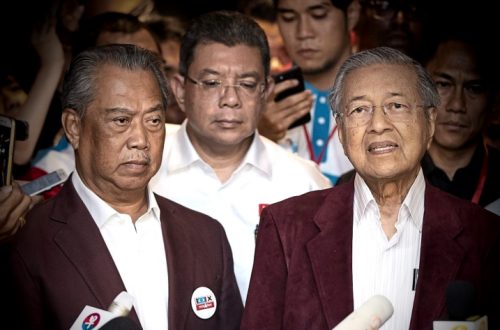 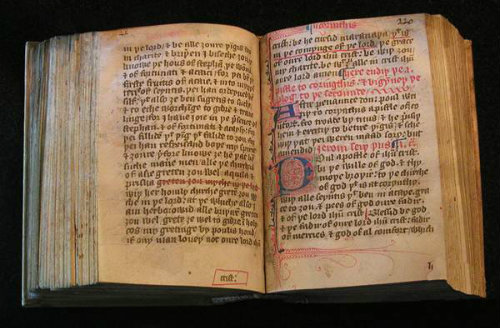