The Book of Job presents a challenging theology which is often controversial if investigated and yet one that is often overlooked; be careful how one interprets circumstances that happen to a person. The “friends” of Job were clearly “wise” among their peers but blindsided by their own experiences. They often chided Job for rejecting their worldview and interpretation of his circumstances; Job suffered because of his sin. Even though Job insists that he did not wrong, his friends were not able to accept this – for in their minds, “bad things” arise out as a consequence of personal sins.

Certainly, there is some truth in their view – the Bible is clear that sin begets suffering. The actions of our forefathers Adam and Eve are evidence of this. Yet it is presumptuous to immediately insist that all bad circumstances are completely sourced from unconfessed sin or hidden sin. Likewise, the opposite view is equally dangerous: “good things” that come upon my life must arise out of something “good” that I have done. Those who have lived longer and with a more honest heart would immediately see how wrong this view is. The fact is that “evil” do prosper in their own way – in accordance with the standards and measurements of this fleeting world. Will the unrighteous go unpunished in this world? The psalmist receives revelation from God, now an open revelation to those who read the Psalms; God will at any time allow them to slip and fall to their eternal punishment!

The type of theological system we allow ourselves to build in our mind will determine the type of life we live: a helpful, encouraging one, or one that is fraught with self-righteousness, always condemning and un-Christ-like. We can only hope that we meet with those with a mature theological system that is biblically grounded – those who exemplify Christ, sharing the balm that they have likewise been touched by. It is a great pity if those who claim to have Christ love is often found constricted, monitored, judged and the need to ensure that their “liberal” lives are separate from their religious one; the hypocrisy and power of the Pharisees (the leaven spoken of) is alive in all generations!

Job had no one to comfort him, even in his “mysterious” malady, he had only more burdens poured upon him; none lifting their hands to unburden them. Yet to those who have trained eyes, we see the One that Job prefigures, One whose rejection by the people, betrayal, suffering were utterly unjust. Job in his utter grief cried out and cursed his existence! But the One that Job was foreshadowing opened not His mouth. Job cried out knowing his own innocence. Jesus Christ bore all the pain and suffering within His frail, bloodied body, as though He was truly acknowledging His “sins” (though He had none). Here is the comfort that Job did not know then, but perfectly upon his glorification when he breathed his last in this fallen world; Christ bore all the injustice he experience, once for all – vicariously. It is on the Cross that the sufferings of Job make sense. The end of the book tells us the same – Job was blessed with more than he had before, a symbol of God pleasure upon him. But wait… what did Job actually do to deserve all that? Nothing. Job still does not know of the heavenly, spiritual dealings that happened between God and the devil. And here is where we see the rights corrected – in God’s time and at the Cross.

Challenging theology indeed. But one that is necessary.

The Right to Question Christian Teachings and Practices

The Weight of Christianity 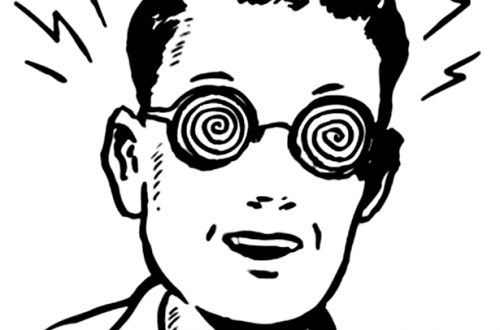